We are officially in the land of kiwi fruit and delicious dairy!

Our first couple days in the country were spent in Auckland. Joel & I arrived early and were going to just hang out around the airport before meeting up with Brandon & Stacey on their afternoon arrival, but ended up being able to get our rental car early, so we went exploring.

We loaded up our right-side-drive RAV4 and attempted to navigate our way around the city. To avoid some rush hour traffic, we decided to walk around the Auckland Botanical Garden to take in some of the fresh, humid air. It was wonderful to trade the stale airplane air we’d been breathing for 13 hours for the fragrant aroma of blooming flowers and monstrous trees! 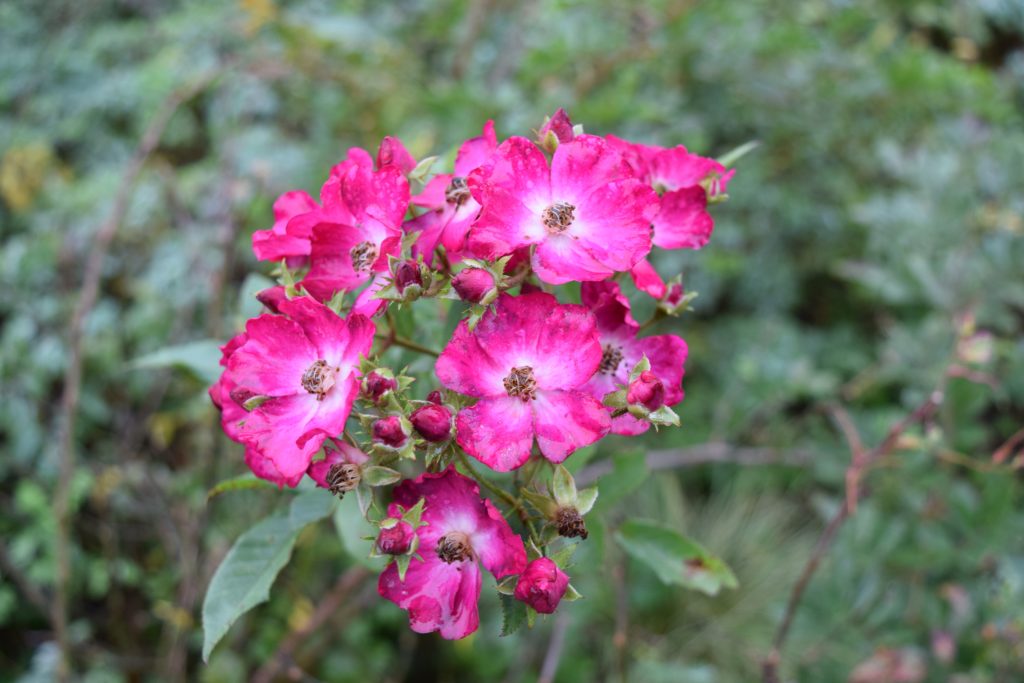 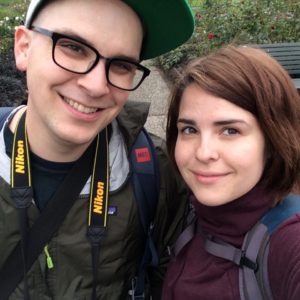 We soon discovered that our SUV would be too small for moving 4 people and all their stuff, so we ended up weaving our way through the city to drop off our bags at our hotel before circling back to the airport.

With time to kill, we decided to test our marriage at the mobile phone kiosk! More than an hour later we had SIM cards, kiwi phone numbers and our second round of Macca’s (McDonalds, lol) as we waited to greet our frienz, already feeling like we’d conquered the city! 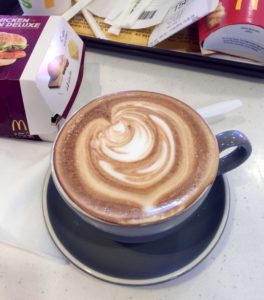 (The coffee is pretty good and the wifi is reliable, so we’ve depended too heavily on McDonalds so far, ha!)

We arrived back at our hotel able to officially check-in as well as have a bit of a breather after lots of driving and an already long day.  With a quick refresh we headed out to explore around our hotel and ended up grabbing a pizza dinner at Hell Pizza (which ended up tasting far more like heaven then the underworld).  Upon our return we toasted L&P (world famous in New Zealand) to our grand adventure and made it about 20 mins into a movie before completely crashing. 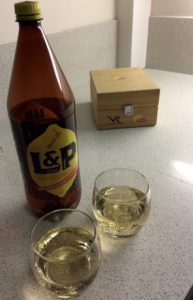 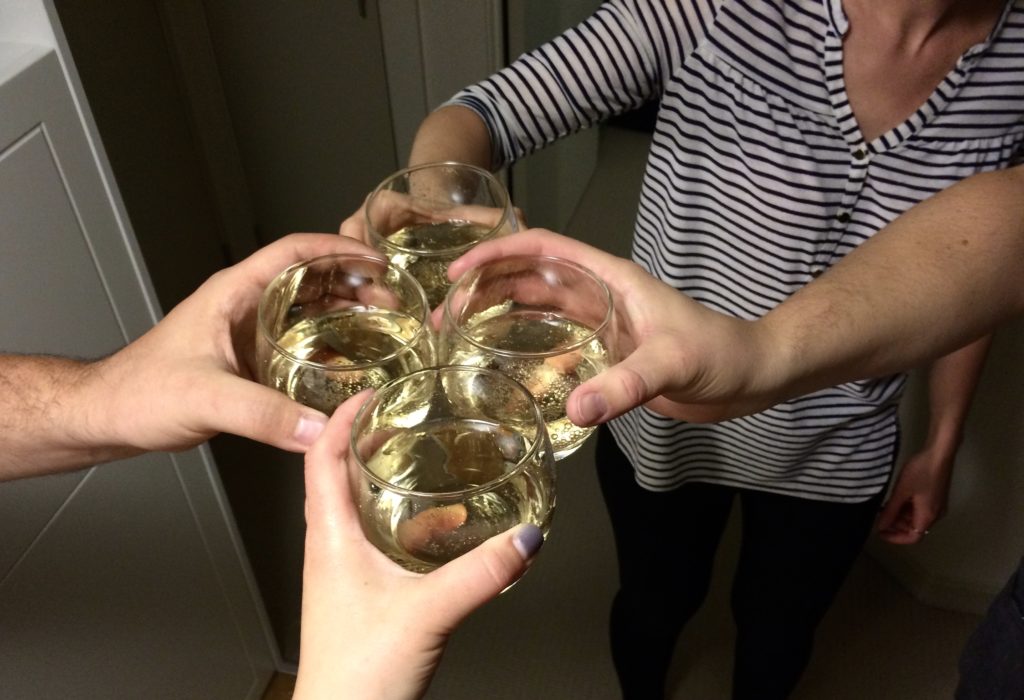 Our second full day was spent in the city’s downtown or CBD (Central Business District) which we accessed via ferry just an 8 minute walk from our hotel. First stop was Espresso Workshop (which I’d learned about on my last trek here) and our first round of flat whites and long blacks! 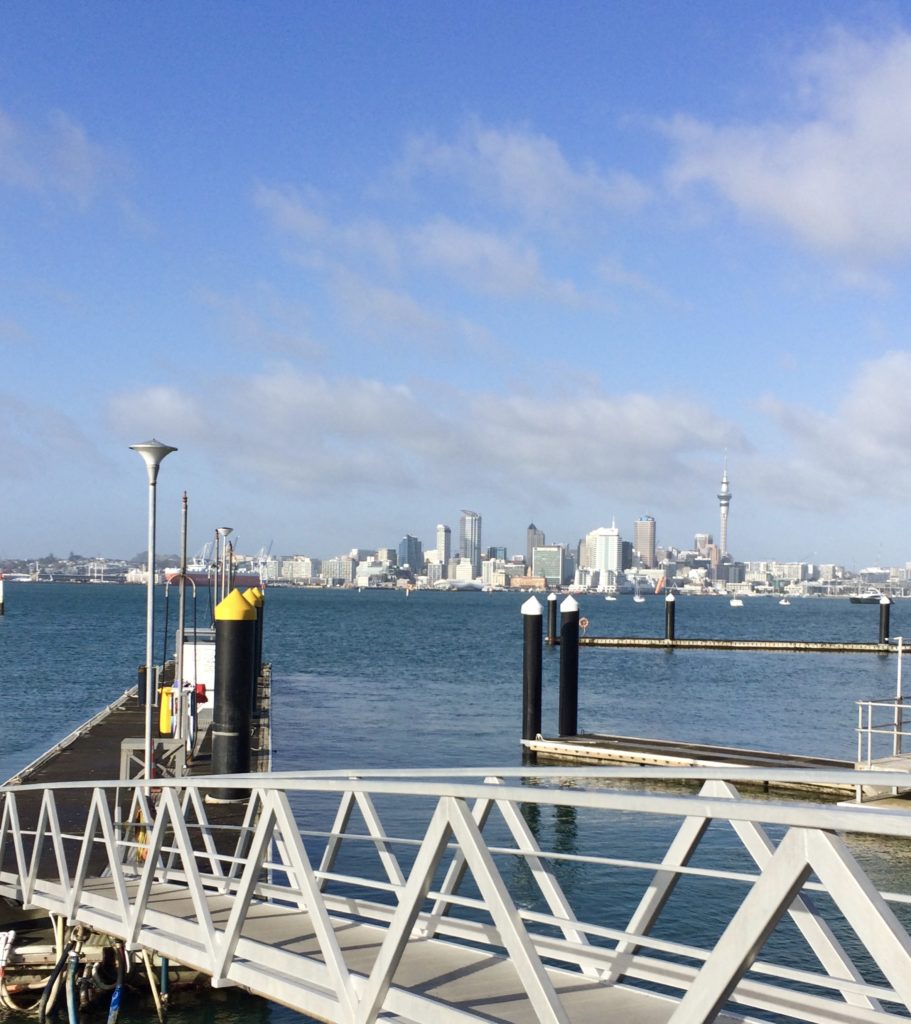 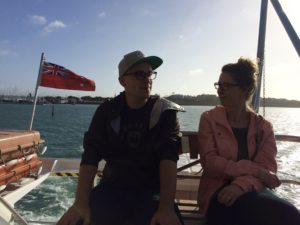 We were able to enjoy the sun while wandering through the CBD streets, hitting little shops that caught our eye, walking around Albert Park before grabbing a fabulous Japanese lunch at Kushi!

We wanted to grab a little dessert as the afternoon rolled on, and took a stab at finding an ice cream place featuring New Zealand dairy (which is fabulous, if I haven’t already stated about 17 times), we did a quick search of reviews in the area and found a place called Giapo. Giapo is like… oh, man…the best. Heavenly! Delectable! The front case has a gold film blocking your view of the creamy delights- as the shop believes customers should make their choices based on description and flavour rather than appearance. The eager scooper working the front was both informative and loose with her ice cream samples! We went through a handful of varieties before each choosing our handcrafted wonder in a cone (or cup). 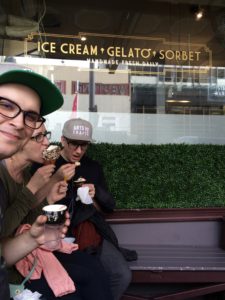 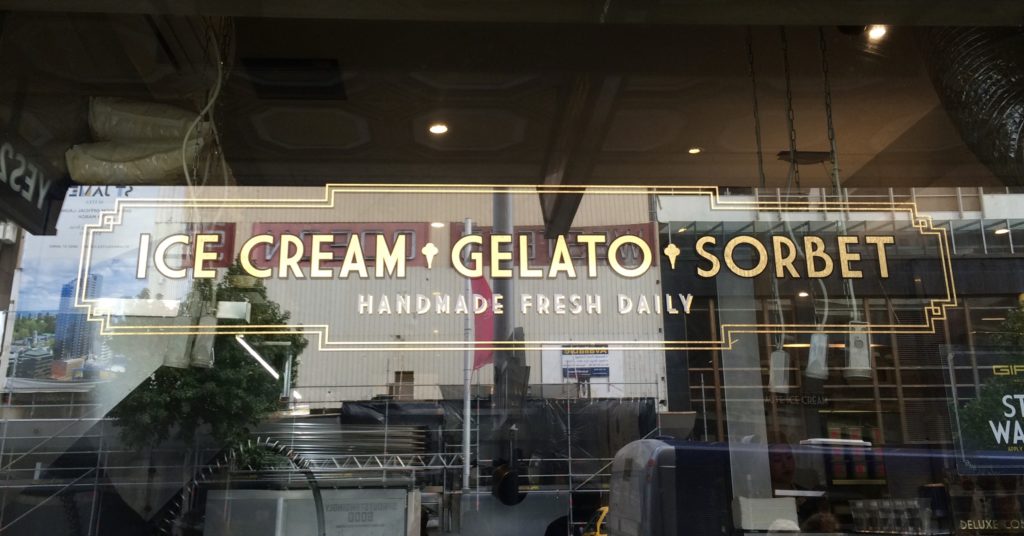 The ice cream was topped with whatever was previously curated by the chef for your flavour choice. Joel and I both got Australia hazelnut which was coated in some kind of golden flakes and speared with milk chocolate shards. Brandon’s topping was finished with a blow-torch and Stacey was thrilling to have a GF chocolate chip cookie and puffed rice pieces enrobing her dessert. A.Ma.Zing.

Our second surprise of the afternoon was seeing “Hunt for the Wilderpeople”, which became the catalyst for each of us to practice our kiwi accents, while becoming a fast favourite. We’ve been quoting it and continue to giggle over different moments even now, several days after our first viewing (pretty sure there will soon be a second)!

After enjoying our hotel-provided breakfast once again, on Saturday we headed out to Rotorua where the cutest little AirBnB awaited us for an 8 day stay. On our 3 hour drive, we took in scenic look-outs and lots of the hilarious charm the area offers. 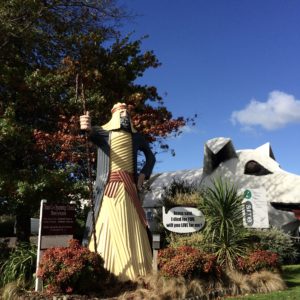 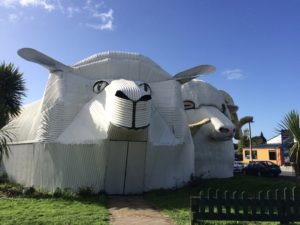 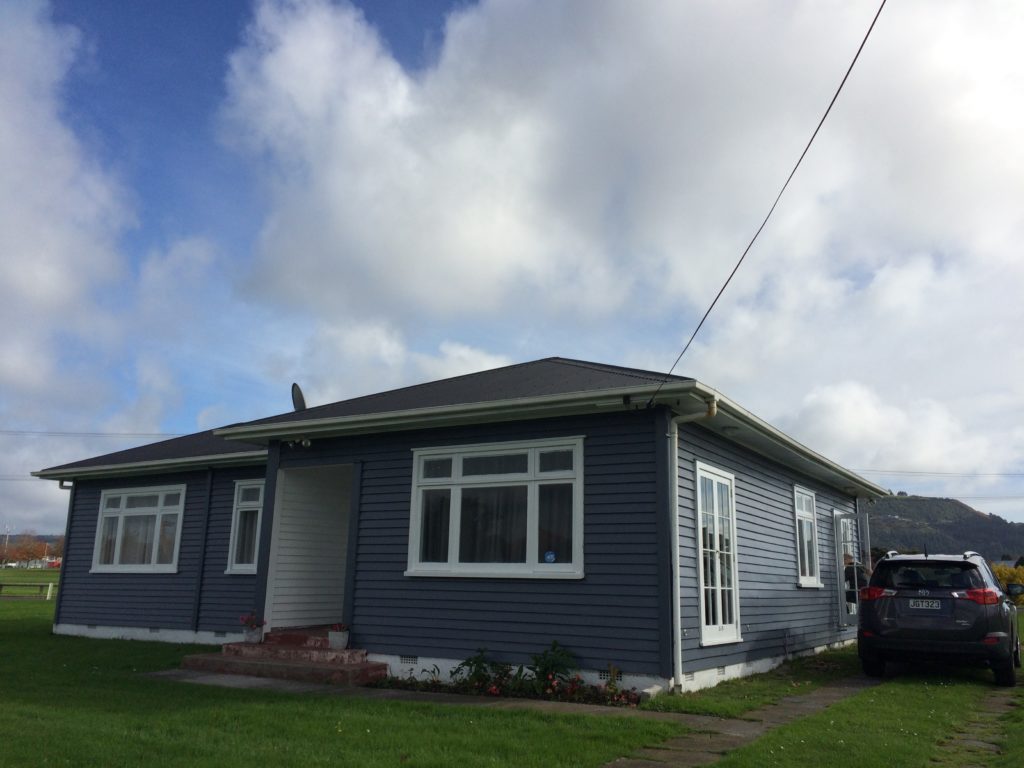 We quickly realized corrugated metal is a popular (and economical) way to advertise, and many local business use it to make funky signs and structures!

Rotorua has been lovely. We have enjoyed our little home (despite daily having to head out in search of free wifi elsewhere), and continue to get ourselves settled. We have been trying to work towards a balance of work and enjoying the area. In between bank visits and emails to realtors and folks selling vehicles we have managed to enjoy some of the unique geo-thermal elements around us. 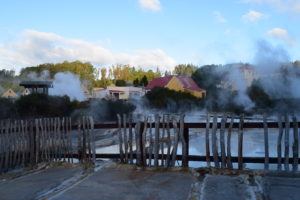 We stopped at Te Whakarewarewa village where many Maori people still reside within the city. We were toured around and treated to a culture performance while taking in the unbelievable geothermal activity throughout. We loved seeing the steaming heated lakes, gurgling mud pits and geysers!

Lots done and so much more to see and do yet! Can’t believe we’ve only been here for just over a week. Been fabulous so far!