We’ve had a few people wonder why we opted to forfeit our summertime for a New Zealand winter, but if we’re already through the worst (as it seems)…it was a worthy trade.

Our winter has been quite pleasant, to say the least. A few days have forced us inside, hinting at the season, but generally we can do things we would otherwise enjoy at home in the summer or spring- hikes, fires outside, walks on the beach or having meals on a patio.

The grass and foliage has mostly remained green, but every so often bare tree branches will serve as a reminder of the chill in the air. 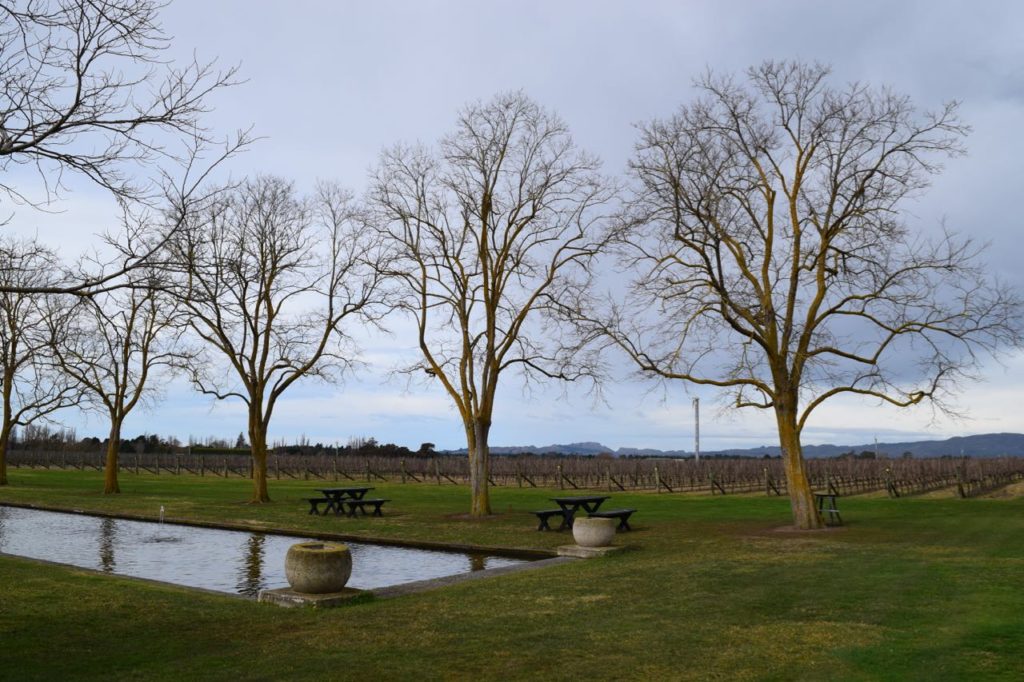 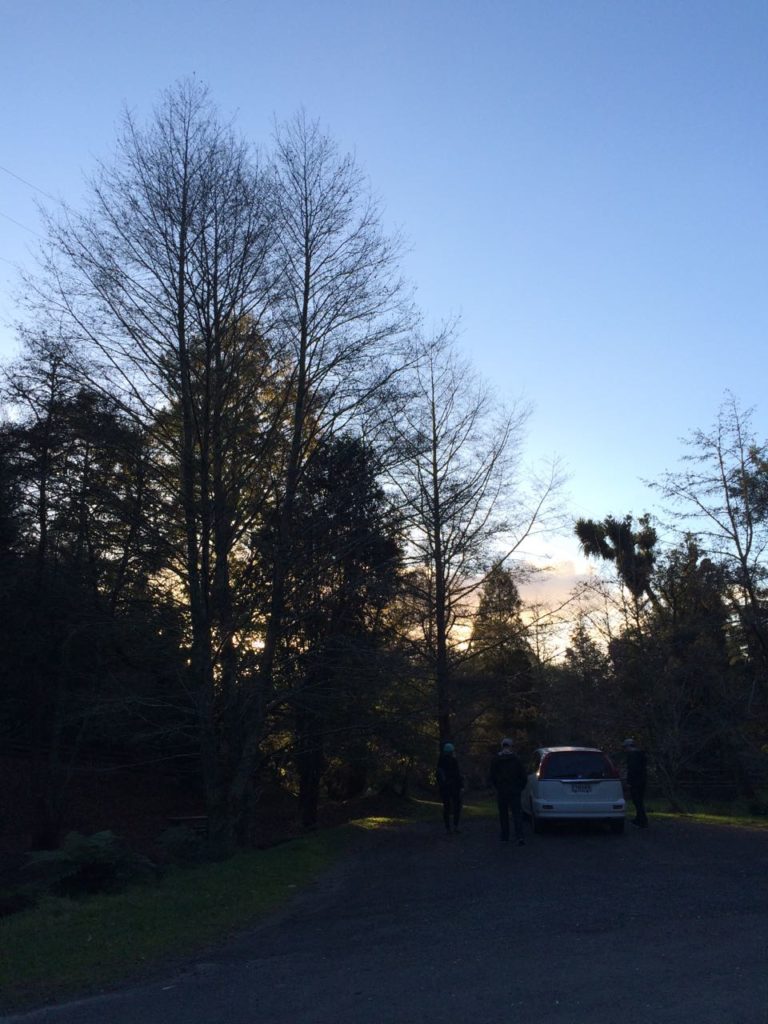 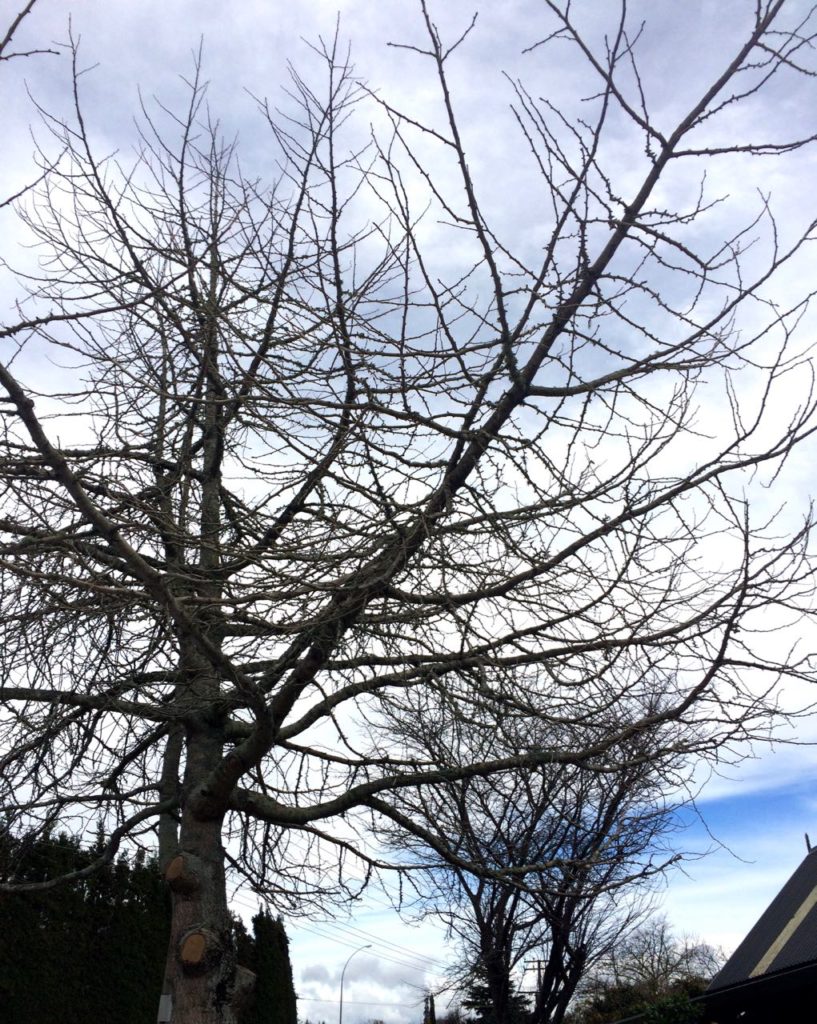 At home, in fall and winter apples and oranges are more readily available (more desirable, too, I suppose) as they generally have a later harvest season. I’ve found it interesting to watch the crops and orchards near us change, even in the short time we’ve been here.

When we first arrived, kiwi trees were full and green and people (in our area especially) would ask if we’re here to pick kiwi fruit! Those trees have since lost their leaves, making way for apples, avocados (which were $5 NZD each when we got here) and citrus. It makes perfect sense, but for a Canadian, it’s been fun to feel the crispness in the air, see frost and leaves fall and yet watch limes, oranges and lemons thrive! 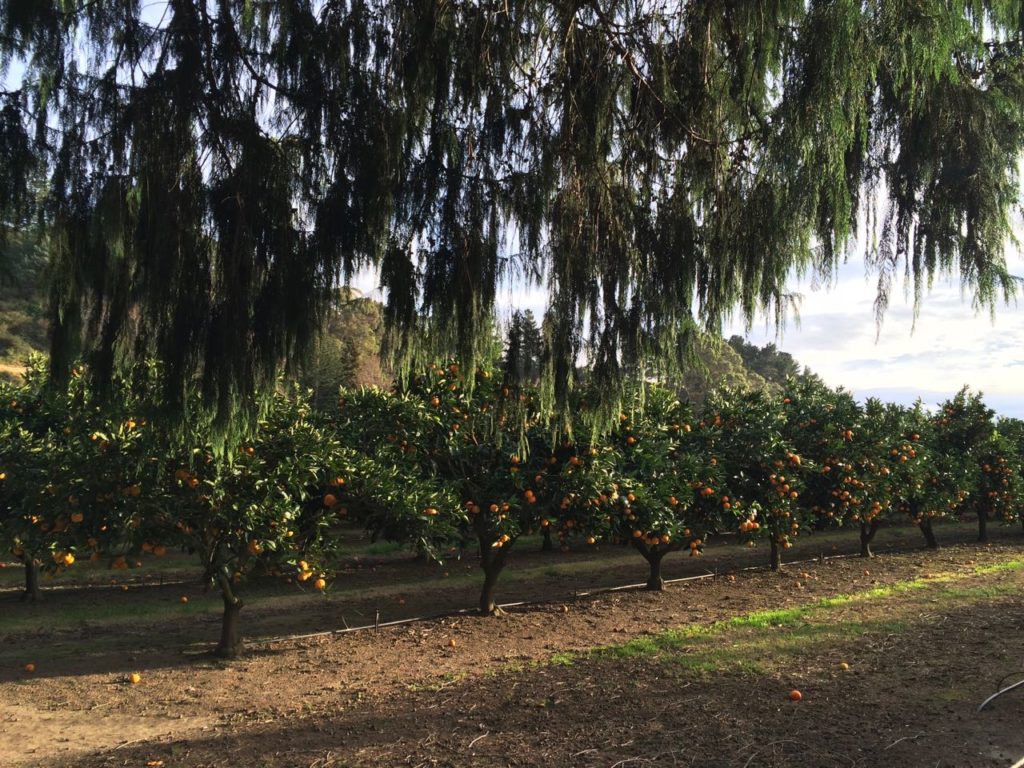 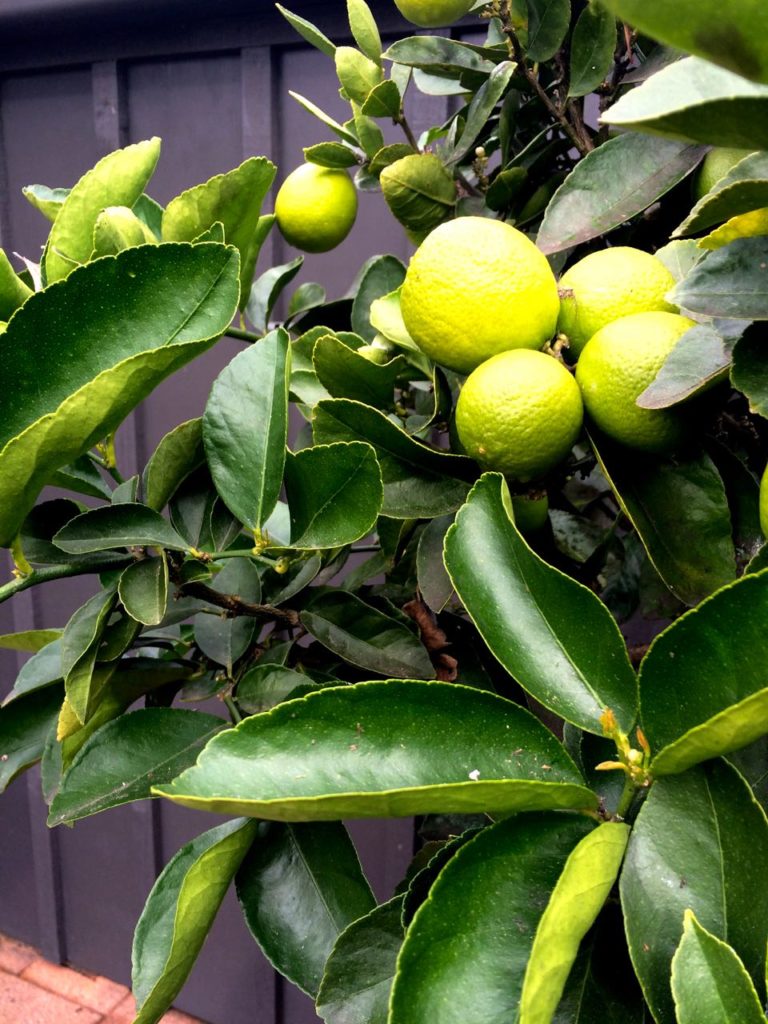 I’ve had a couple opportunities to pick fruit from the tree and use the lemons in water (or mint and lemon, which is more common at our house lately), or simply sharing a grapefruit with friends.

Although there are a lot of differences between our Kiwi winter and the Canadian one we’re used to, there are some similarities.

We still have to bundle, particularly if we’re outside for the day or part of the afternoon. Layering is our friend (as at home), and specifically to Alberta- the weather can change within minutes. I’ll often leave the house with just a cardigan on, but bring along my tuque, umbrella, rain jacket and sometimes an extra layer.

The houses here aren’t quite as equipped for the cold as the average Canadian house, and with the sad realization (brought on by our electric bill) that we’re not able to keep space heaters on at all times, it’s important to layer indoors, too. Blankets, wool socks, slippers, tuques and sweaters are all key items to pleasant downtime in the house.

I’ve recently made an investment in yarns and have started a tuque and slipper factory. Just like a winter at home, the days are shorter and having an activity that can be enjoyed inside after (such an early) sunset that doesn’t involve a computer or phone is a welcomed change.

Hardy, home cooked foods and warm beverages are key survival items, as well. We have had more pasta and potato dishes here than we have for some time at home and using the oven for anything is great- particularly leaving the door cracked as it cools post-bake.

Tea, coffee, hot chocolate and everything in between… We’ve often been motivated by the promise of warm drinks after an adventure (particularly in Rotorua), and I love wrapping my hands around a nice steamy mug after going for a walk or wander- we’ve become wood-burning fireplace seekers for the same reward.

Since I’ve been trying to invest in my unemployed status here, I was able to take a home barista course at a local roastery! 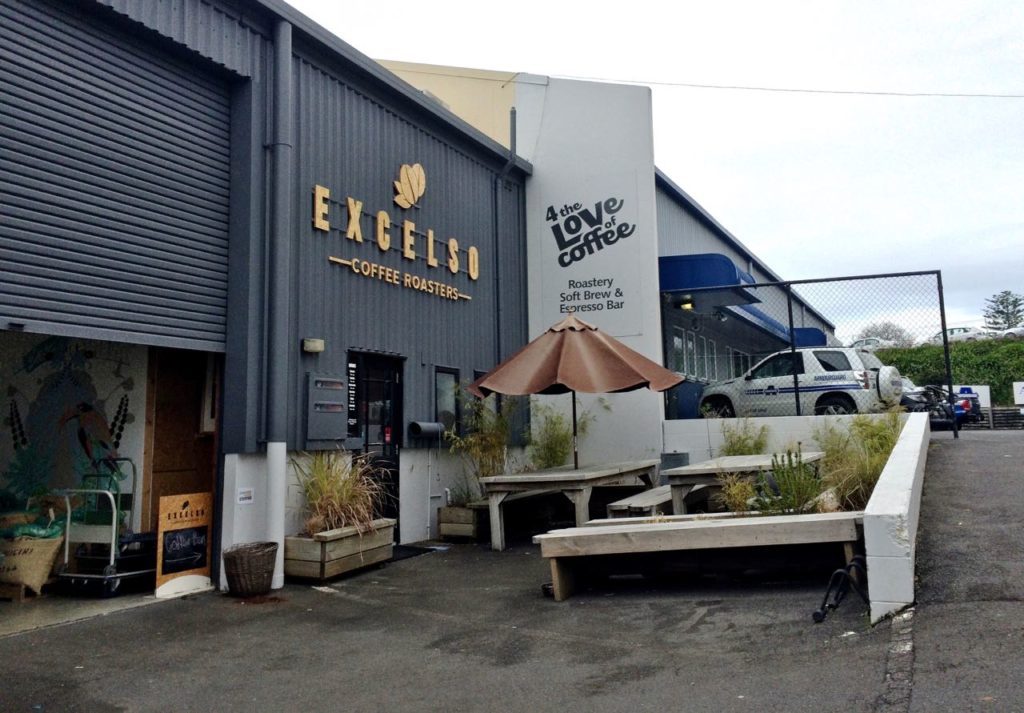 I signed up via email to attend a coffee course at Excelso Coffee in Tauranga; the day Sarah headed home, I boarded a bus to the cafe. I arrived early and sat with a newspaper and flat white while I waited for my instructor for the morning.

Brittany came over to introduce herself- she sported a wicked undercut, black lipstick and a leather vest; I liked her right away.  It was soon obvious she was a wonderful teacher and passionate barista. It was about an hour of one-on-one instruction, and she was able to share lots of insight in a short time. In fact, I could have written pages of notes to remember all the tips she mentioned, as it were… all I had was a pastry bag, which I filled (both sides). 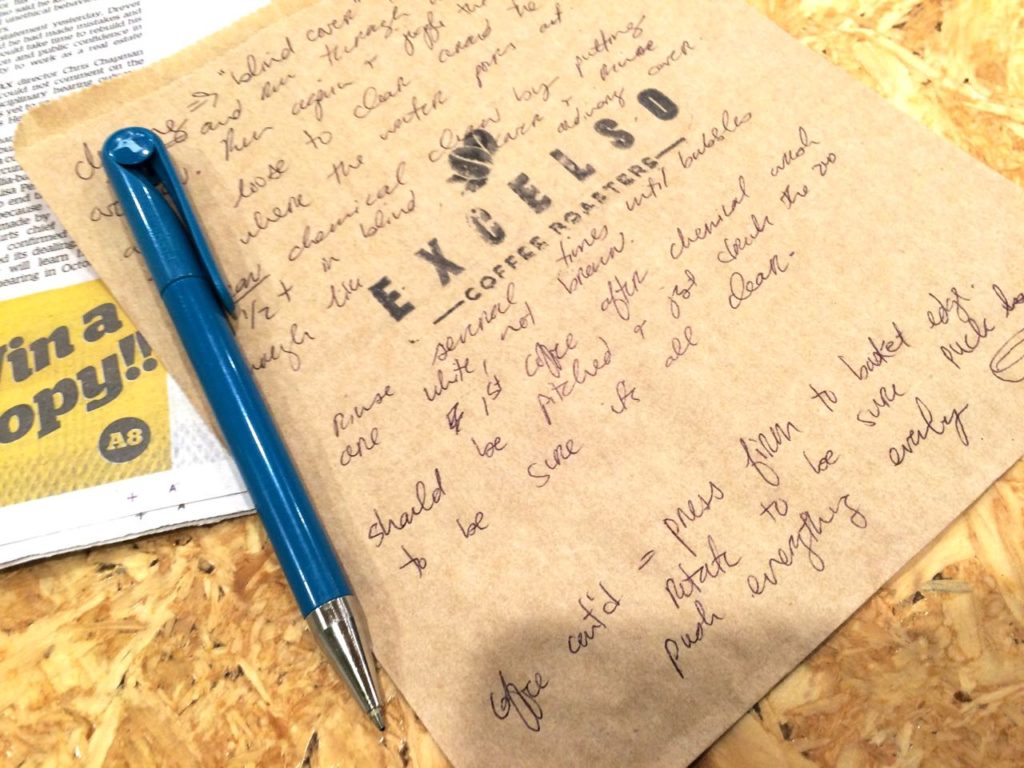 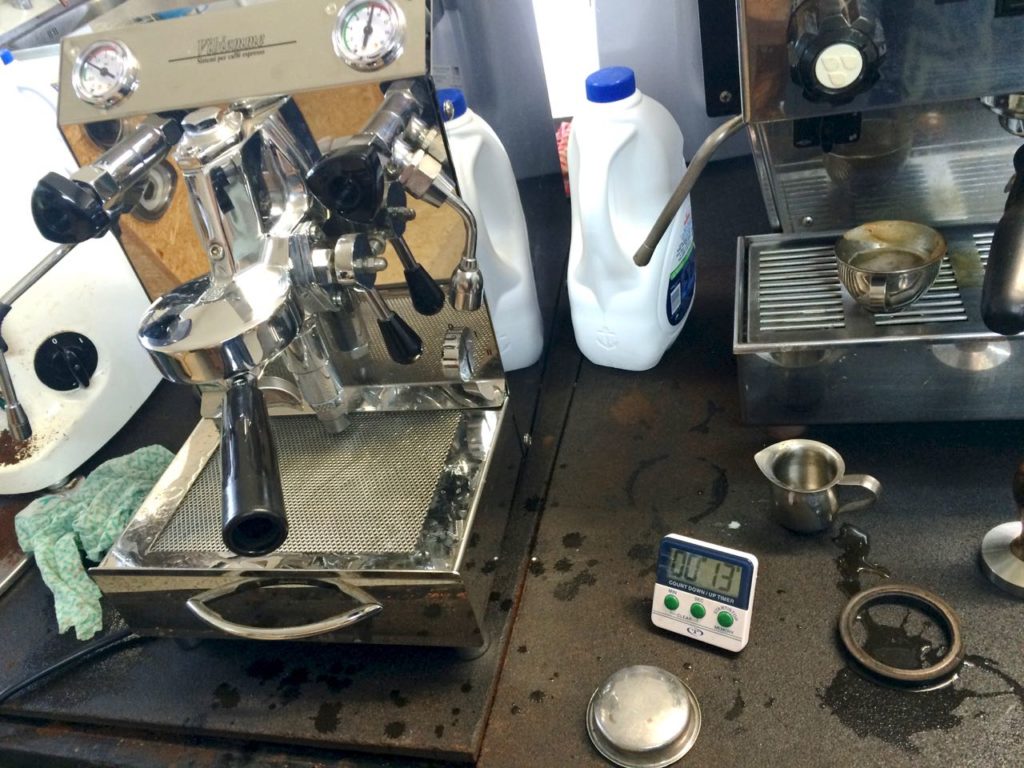 Brittany covered all the basics including a few coffee recipes, the proper coffee grind, what to watch for and the timing to make a great espresso shot, how to create some fabulous foam and the best way to clean and upkeep my home espresso machine. I particularly appreciated her sharing the reasons behind specific techniques- allowing me to feel ready to troubleshoot, which is quite empowering!

I might need a refresher before going home to practice, either that or make a friend here with an espresso machine to put some time in 😛

I’ve been thinking of writing a post about our time in a Southern Hemisphere winter for a while, as it’s a unique experience for a couple prairie kids. By the time I’ve gotten around to it, though, it seems spring has nearly sprung!

We went for a drive out to a new cafe and strolled around a bird garden this weekend and along our journey noticed vibrant blossoms, blooming trees and sprigs of daffodils breaking through soil in our area.

Having driven through KatiKati several times before, we decided it might be fun to head back to this ‘mural town’ and see what it had to offer apart from the awesome bakery with an impressive gluten free selection.

We found some crazy, aggressive birds as well as a homey cafe and a boatload of hilarious memories, including the moment we caught sight of everyone’s favourite fluffy chicken, Rod Stewart: 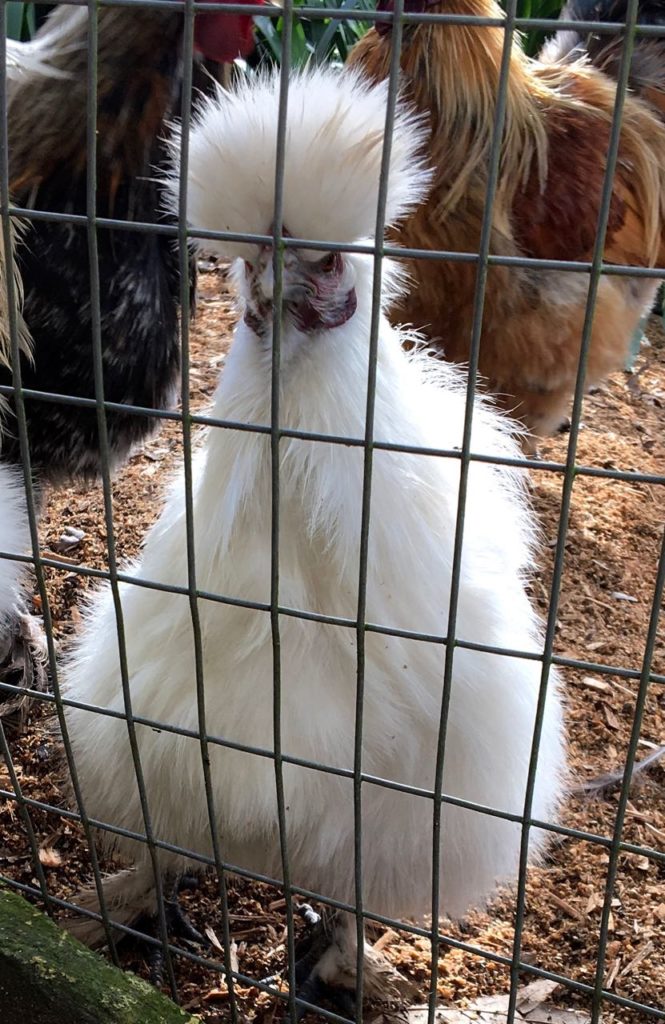 We paid the humble admission fee, purchased a pack of bird feed and wandered around the KatiKati bird gardens. One duck had a soul as ugly as its face, as he pecked at your legs when he didn’t get all of your feed. We even had a chance to see the peacock strut his stuff, trying to impressive a handful of peahens who couldn’t have cared less- they were more interested in treats (typical). 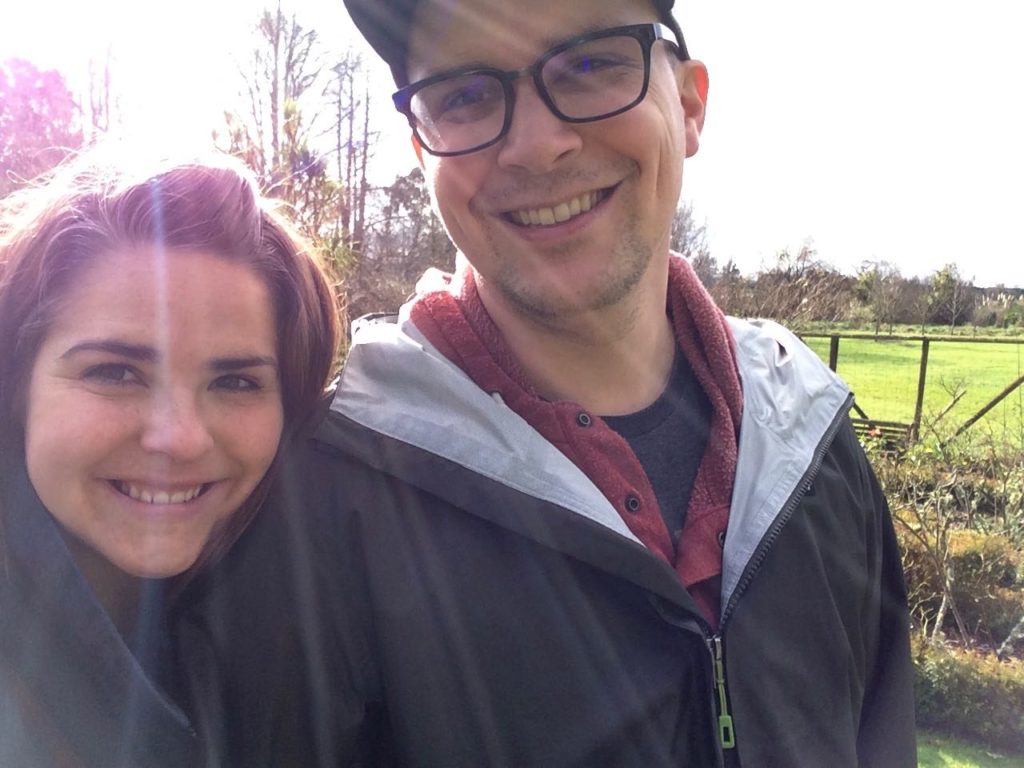 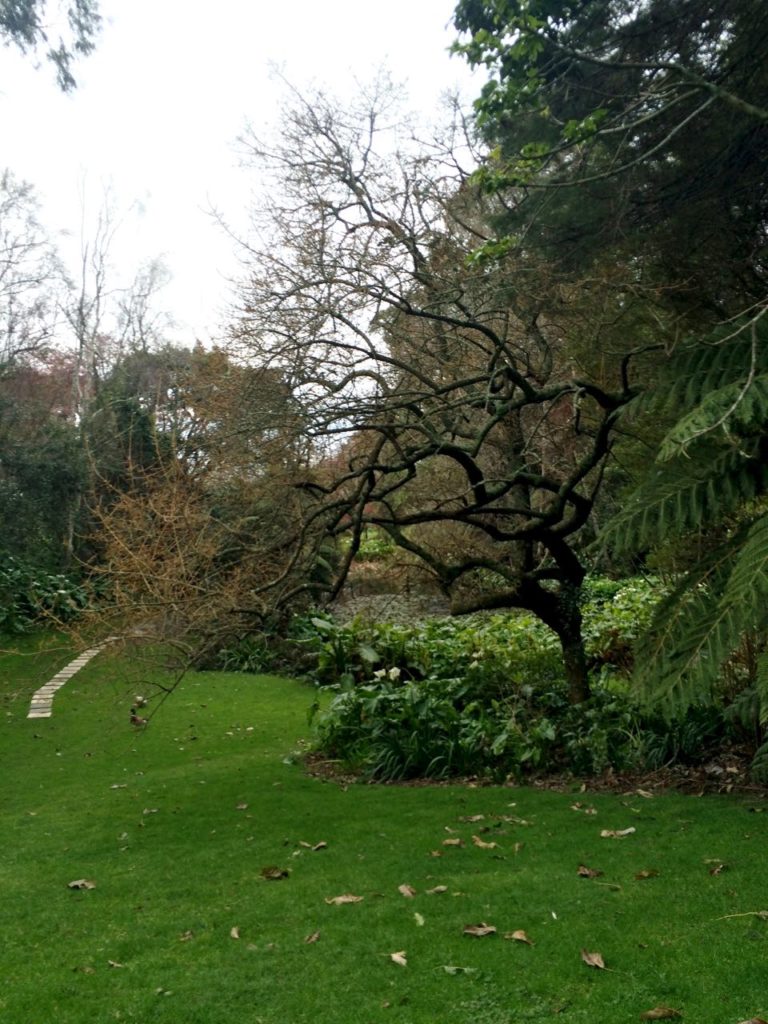 We are ever gaining more warm stretches and longer days, making us hopeful for spring and summer weather soon.

Our friends in town were driving by a house where the owners were JUST setting a barbecue to the curb in hopes of finding it a new home.   They jumped out and chatted with the fellow wheeling the gem to the street to ensure it was in working order, and that they were indeed looking to be rid of it. Sure enough- it was workable and unwanted, proving the old adage ‘one man’s trash is another man’s treasure’!

They threw it in the back of their truck and gave me a ring to be sure the guys were around to come see the new machine.  I was able to keep it a surprise, and ran down to where the guys were on the beach and exclaiming, ‘Aaron has a surprise for you boys, you gotta get back to the house!!’

They were stoked!! Ha… I thought I’d got their reaction on video, but turns out, I just got a shot of my leg and a few fingers. Thankful to have that moment committed to memory- quite precious! 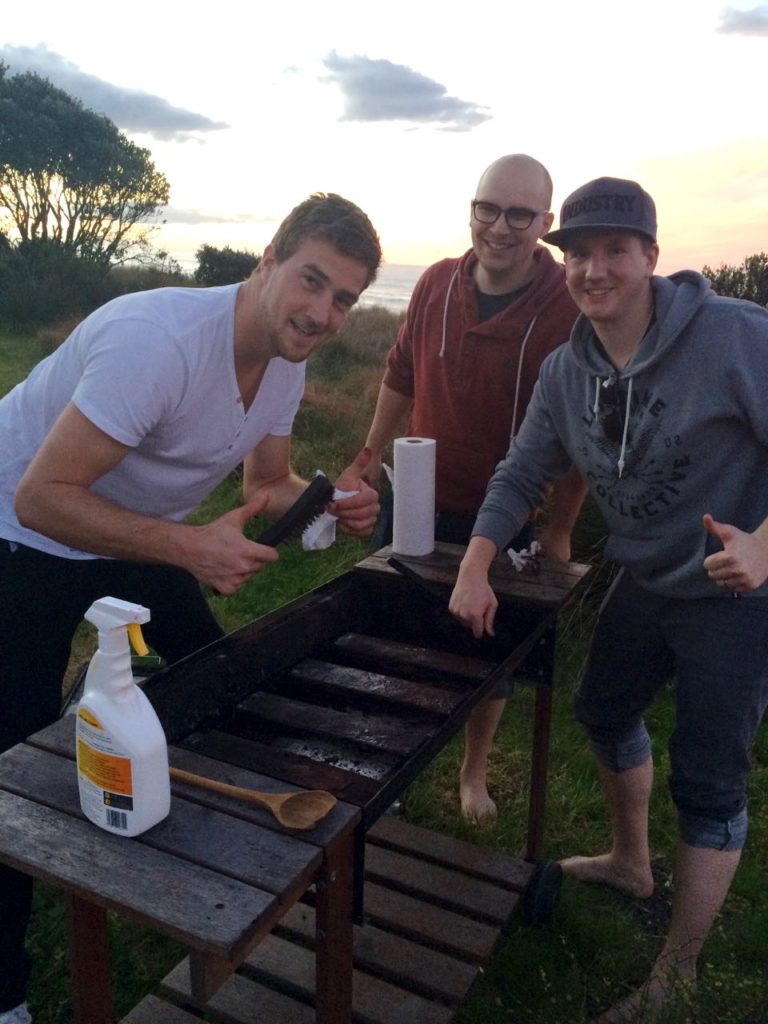